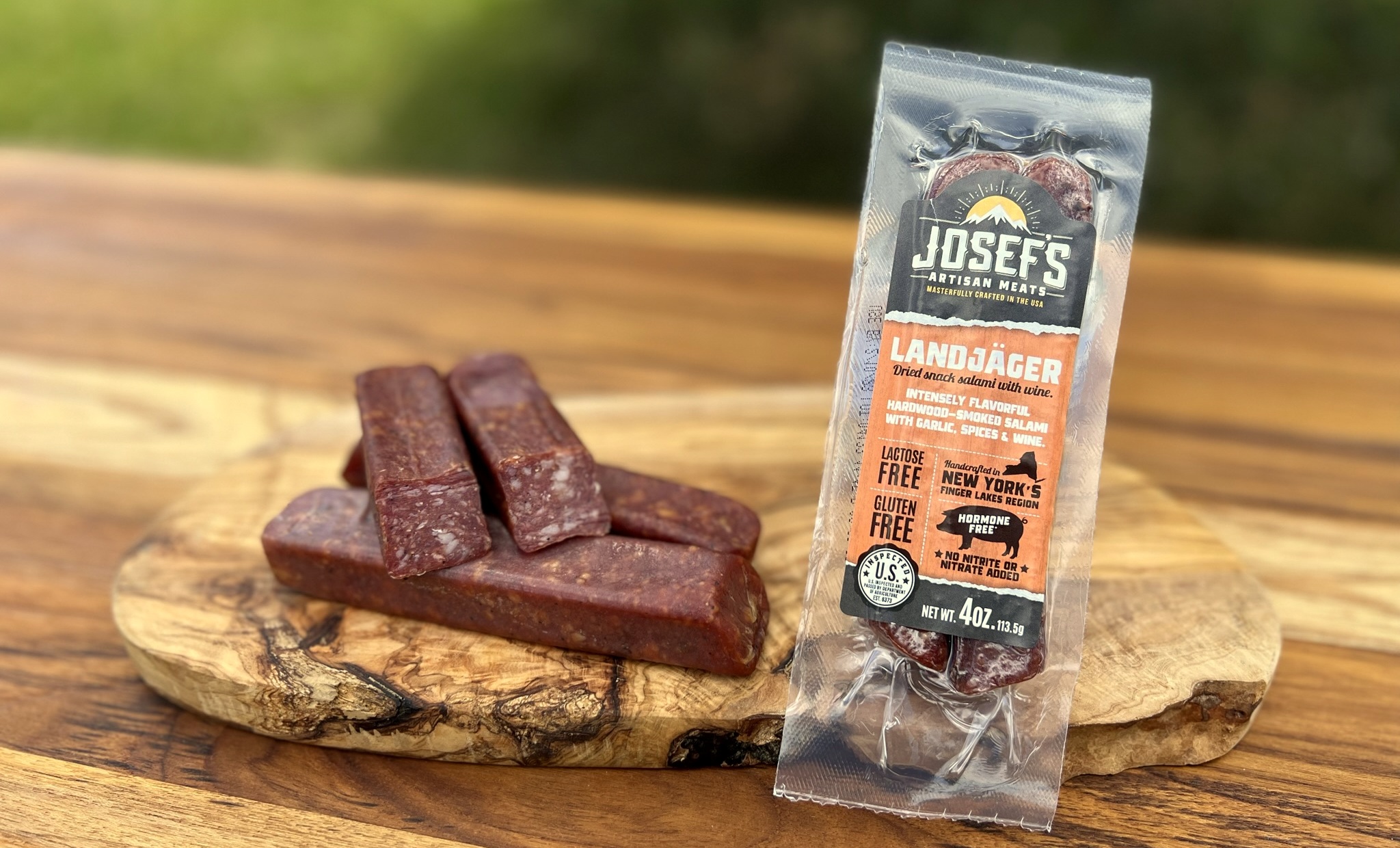 Law of The Land: Our Landjäger Salami

Dry-smoked, shelf-stable, and oh-so savory, our acclaimed Landjäger dried salami is the ideal “anytime” snack. In the wild, at the office, have it for breakfast if you feel so inclined. But if you have a hunch before you munch that this is just a high-end version of beef jerky…. think again.  We’re going to break down everything you need to know about the on-the-go snack that’s easy to mispronounce… and absolutely delectable to enjoy!

Landjäger is a rectangularly shaped salami that consists of coarsely ground beef and pork and is typically flavored with red wine, garlic and other traditional European spices.  It is a savory and chewy dried snack stick that traditionally is offered in joined pairs.

Landjägers get their unique shape by being pressed into rectangular molds.  They ferment in the molds for many days and then smoked using natural hardwoods.  This fermentation and smoking process gives the product it’s special flavor and helps insure these tasty snacks are shelf-stable… no need to refrigerate!

Landjäger origins can be traced as far back as the early 1700’s to Switzerland and Germany. The word itself roughly translates from German to English as “land hunter,” named for the meat stick currying the favor of hunters and journeymen due to its portability.  The story goes it originally was round in shape, but would flatten out due to them being carried in the back pockets of their owners as they rode throughout the countryside on horseback.

The landjäger “craze” in America can be attributed to large German, Bavarian, Swiss and Austrian immigrant communities that came to populate states like Pennsylvania and Wisconsin. 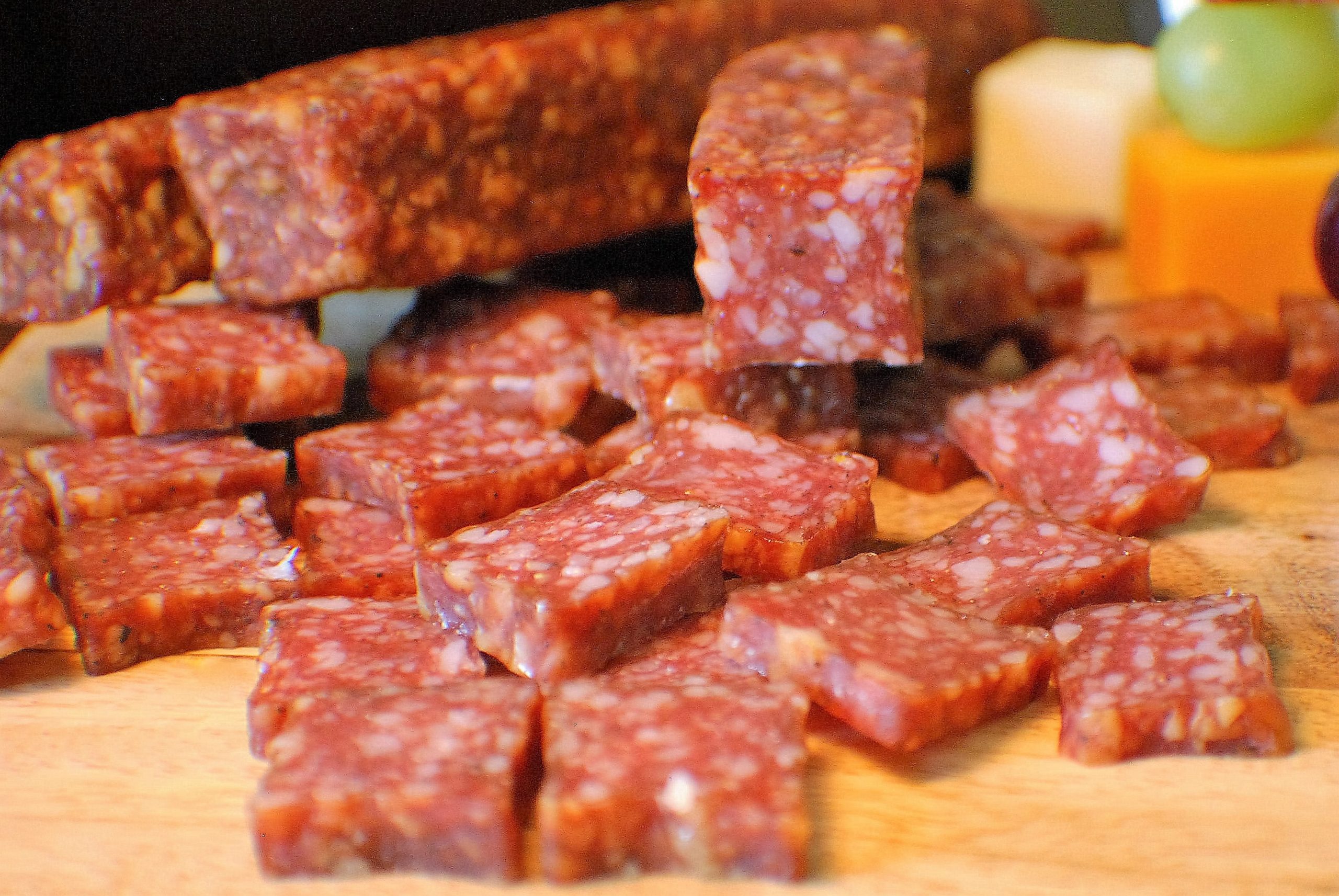 How Should Landjäger be stored and kept?

This topic is interesting. As landjäger is very much an “on-the-go” type snack, we recommend you keep it moving – literally. Even a simple daily jostle or a light shake will produce the necessary airflow to avoid the sticks getting stuck together. Loose landjäger is fresh landjäger!

A cool, dry place is ideal to store landjäger sausage. Emphasis on “dry.” Try to avoid sticking it in the refrigerator. Do NOT store it in plastic or zip-lock bags, plastic wrap or any box or container that is unventilated. A lack of ventilation will cause the sausages to build up salt and mold.

Is Landjäger the same as beef jerky?

No knock at all against anyone who enjoys their Jack’s Links or Bullseyes, but landjäger and jerky’s lone similarity is that they are both meat products. The process for creating jerky involves spicing and drying that can be completed in a short time period.

The fermenting process alone makes the creation of landjäger a more involved, multi-day affair, and you can believe that here at Josef’s Artisan Meats, we will take THE time we need to craft a delicious product we know you’ll enjoy and that we’re proud to put our name on. 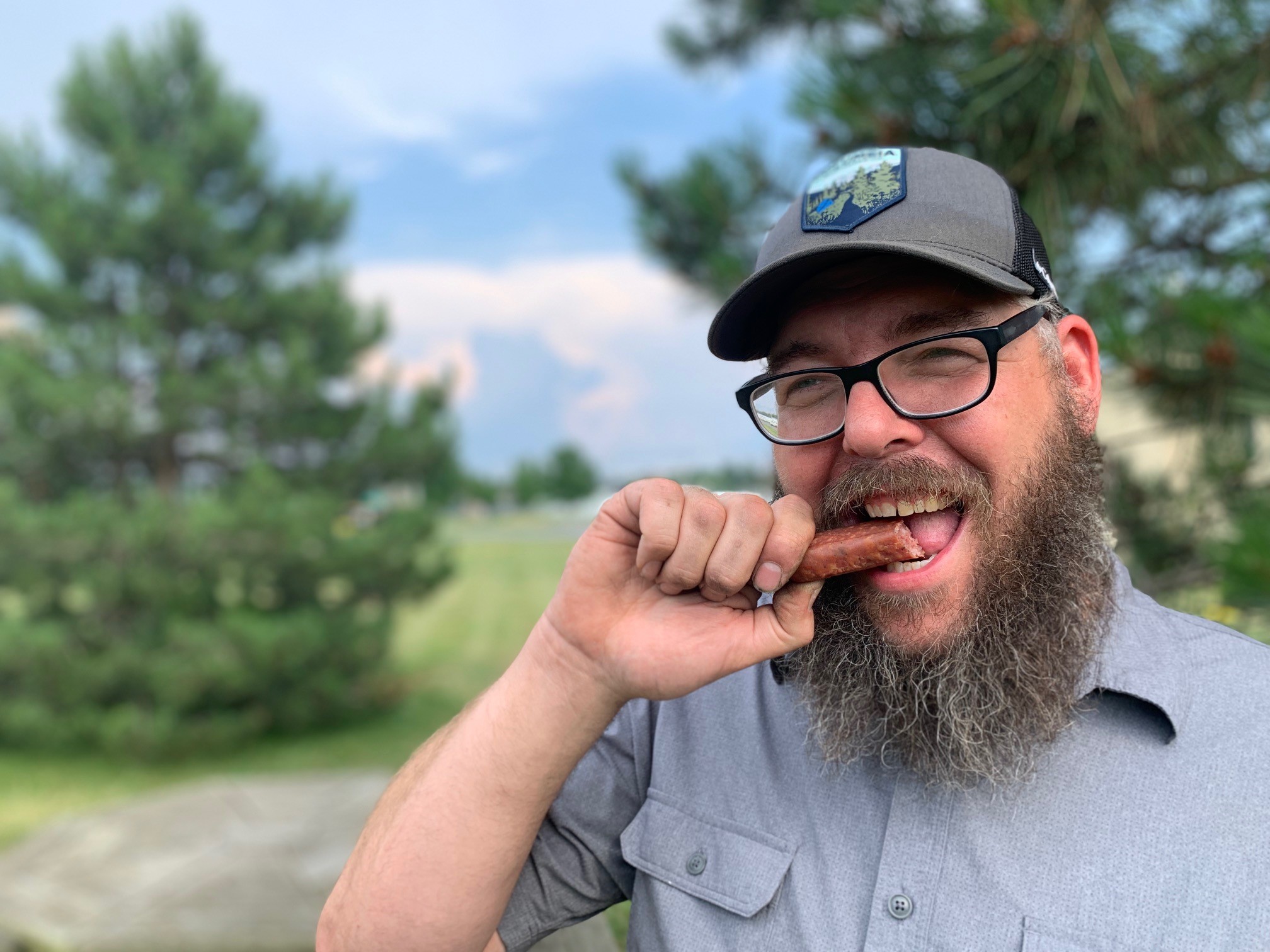 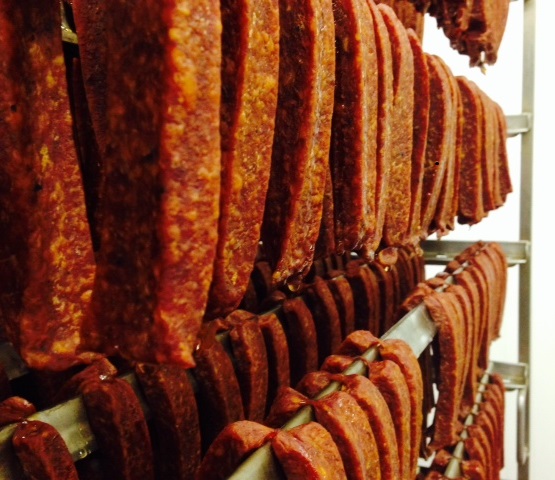 As the kids today say – “You do you” – but we prefer our landjäger eaten as is. There are some culinary websites that pair a cooked landjäger with potato and vegetable compliments, but – as the experts – we’d recommend a bratwurst sausage for such a dish.  However, we may make an exception here for this interesting landjäger and vegetable stir-fry recipe we discovered.

Don’t let that umlaut intimidate you! “Lond-yay-gurr” is largely acknowledged as the correct pronunciation. Simple as that!

The commitment we dedicate to crafting each piece of landjäger is unparalleled – but we think it’s one of the many reasons our products stand apart from the rest. You can find Landjäger and many other authentic, hand crafted sausages, charcuterie and deli meats on our Products page. 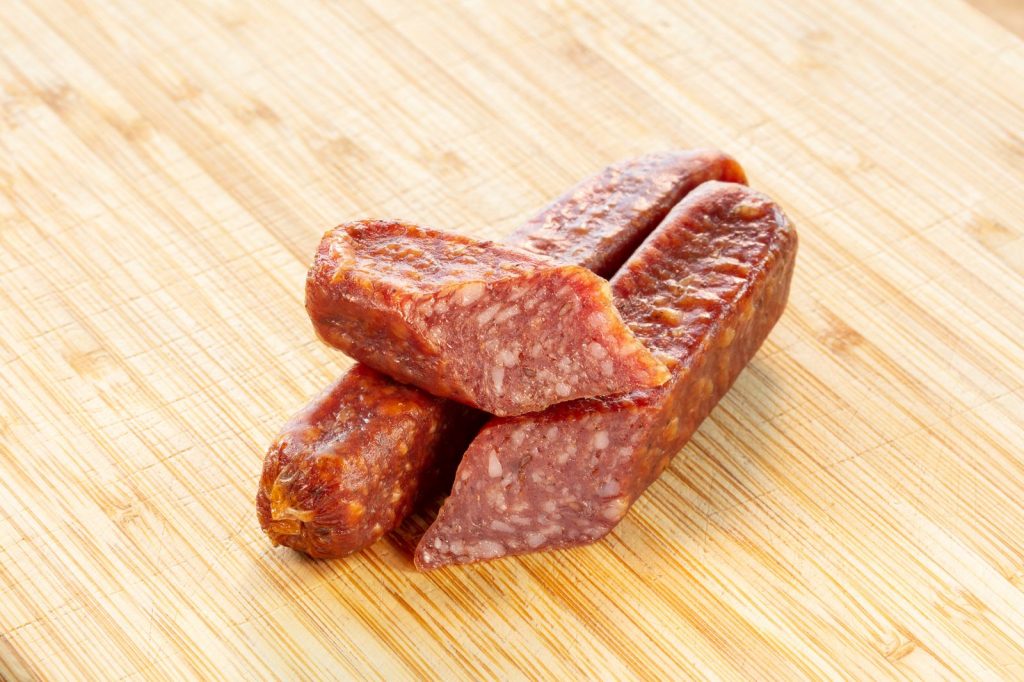 This mild pork dried salami, seasoned with garlic, spices and wine, is a portable, take-along snack that does not require refrigeration.
More Details
Internet Marketing Solution & Design by Cazbah